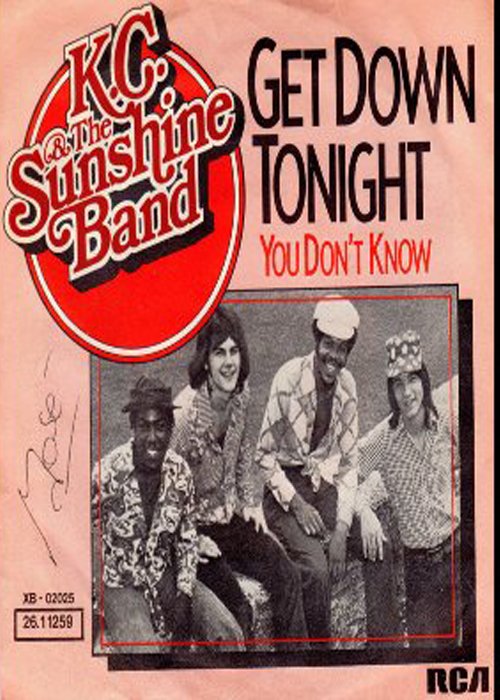 Get Down Tonight - KC And The Sunshine Band Live Performance

About: The smash PBS concert special "KC And The Sunshine Band Present Get Down Tonight—The Disco Explosion," taped on August 17, 2004, at the Convention Hall in Asbury Park, New Jersey, celebrates the disco era with original artists singing their biggest hits in front of an enthusiastic audience. 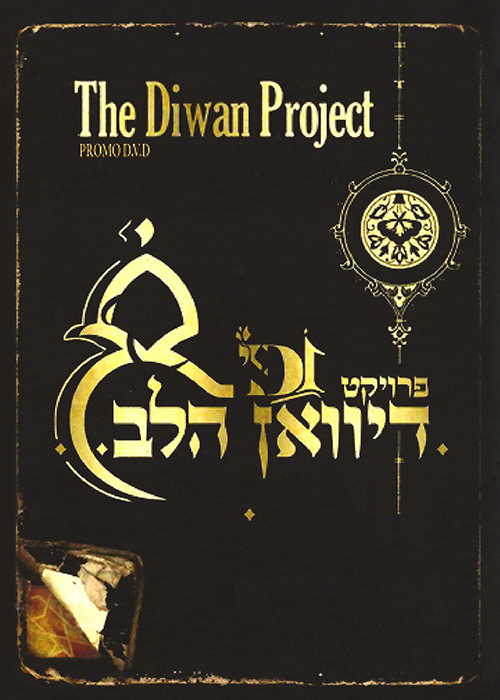 About: Gil Ron Shama &The ‘Soof’ project presents North African, Israeli & Sufi music, played by musicians from different origins, in an uplifting show. Sounds & groove joined with unique video-art, come together to an amazing audio-visual journey. ‘Hafla’ is a Middle Eastern fest of music and dancing. The Soof project is a multidimensional creation, with both an artistic and an educational approach, offering musical masterpieces, a photography art exhibition, video art, educational children’s books and more. Wandering through Mali, Senegal, Morocco and the Sahara Desert, the Soof team visited remote areas and big cities (Bamako, Timbuktu, Dakar) recording the sounds and sites of the people and environment they encountered. They aimed to bring the message of peace and unity to the people of the land. 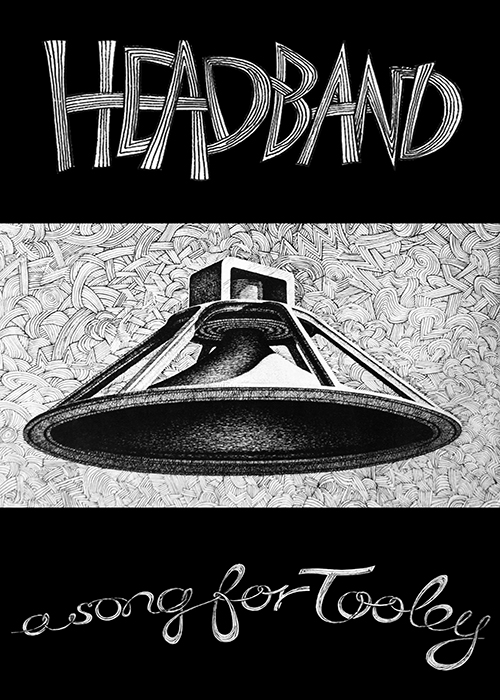 About: Headband, an adventurous progressive blues/rock band, with vocalist Chris Bailey (later of The Angels) on bass, Mauri Berg (ex Silhouettes) on guitar and backing vocals and Joff Bateman on drums and backing vocals. Headband released three national singles — Land of Supercars/How I Miss The Country (1972) Country Lady/Stay With Me (1972) and A Song For Tooley/Brand New Morning (1973). Album A Song For Tooley (Polydor 2907.008) , featuring Sydney Symphony players and an 110 piece children's choir was released in September 1973. Headband supported Elton John and John Mayall and toured Australia with The Rolling Stones. Headband went their separate ways in 1974. Headband are an Head Office Records Artist and are distributed to the world digitally by Blue Pie Records. 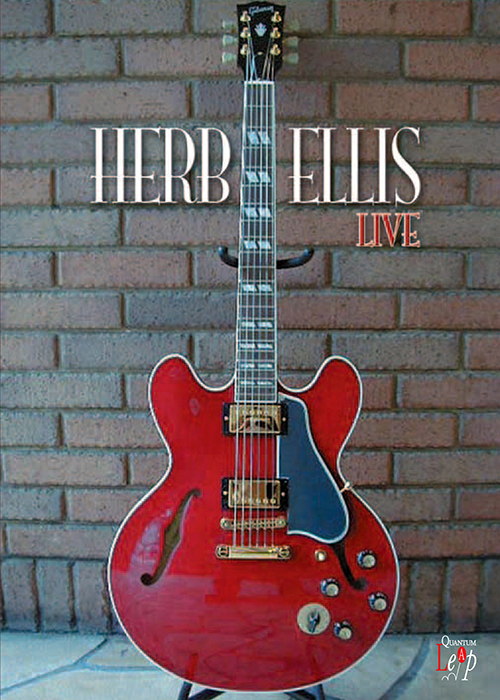 About: Herb Ellis sets a concert stage afire with his masterful technique, sharpened during a long stretch as a member of the Oscar Peterson Trio during the 1950s. For this 1995 performance at Western Washington University, he's accompanied by pianist Bill MacDonough (a university alum), bassist Chuck Israels (a faculty member and ex-Bill Evans sideman), and Canadian drummer John Nolan, who worked with Ellis on other recordings. From listening to this show, it's hard not to think this is a working group, aside from an unsteady ending to a piece or two. The highlight of the date is easily the extended workout of "Things Ain't What They Used to Be," where Ellis really shows off his chops. His simmering take of "Billie's Bounce" never boils over, while Ellis displays his lyricism in a gorgeous rendition of "Body and Soul," even if he can't resist inserting a few humorous quotes. 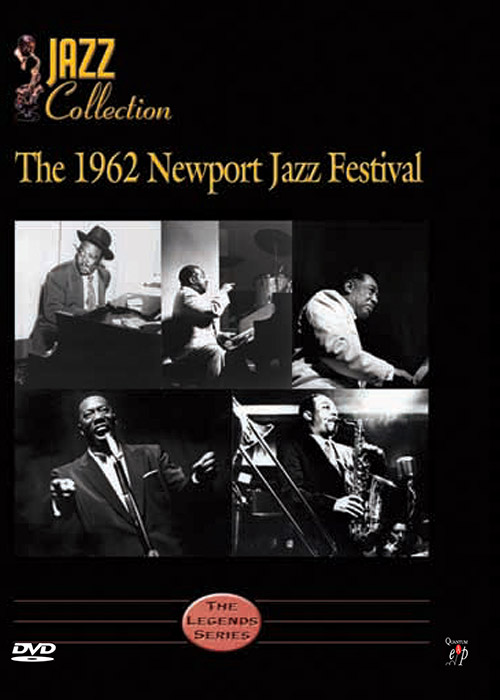 About: The Newport Jazz festival of 1962 played host to some of the biggest names in the genre. Roland Kirk, Count Basie, Duke Ellington, Thelonious Monk, Oscar Peterson, Joe Williams, and Pee Wee Russell were among the many performers, all captured on this incredible release. Newport, a top sailing spot, is an all-seasons resort offering a beautiful harbour that is rich in colonial history. However what draws music lovers to Ford Adams State Park is the world famous The Newport Jazz Festival. The 1962 Newport Jazz Festival features Count Basie & His Orchestra, Johnny Hodges, The Oscar Peterson Trio, The Clara Ward Gospel Singers, Pee Wee Russell, Ruby Braff, and more 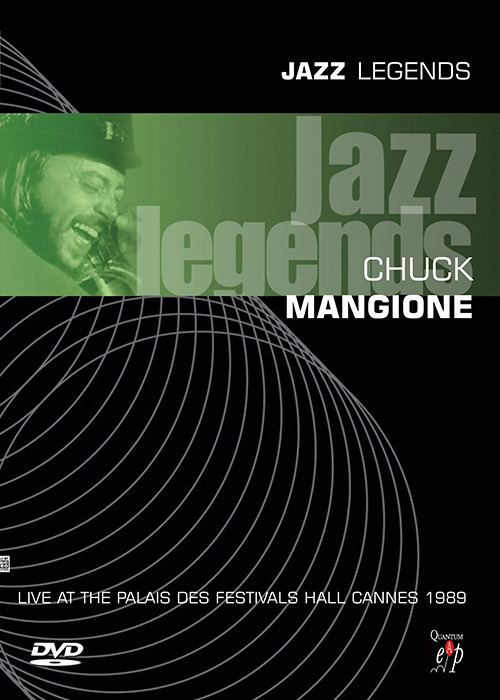 About: For four decades, Chuck's boundless energy, unabashed enthusiasm, and pure joy have characterized his love affair with music and the resulting admiration of his audience. He joined Art Blakey and the Jazz Messengers, assuming the trumpet chair that had belonged to such great players as Clifford Brown, Lee Morgan, and Freddie Hubbard, before going solo and receiving a GRAMMY nomination for Land of Make Believe. His album Feels So Good became a worldwide mega hit and he has continued recording and performing music of a standard that has made him an influential contemporary Jazz icon. 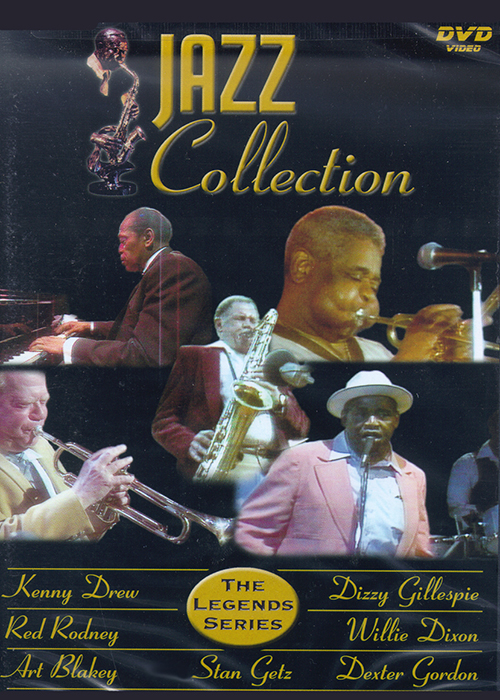 About: The music is predictable but pleasing on this consistent CD, recorded at the 1960 Newport Jazz Festival. Cannonball Adderley's Quintet (with trumpeter Nat Adderley) swings hard on "Work Song" and "Stay on It," Gerry Mulligan's Concert Jazz Band sounds fine on three songs (although this version of "Blueport" does not quite compare to Mulligan's classic matchup with flugelhornist Clark Terry), the Oscar Peterson Trio jams two numbers and Dizzy Gillespie's three song miniset is highlighted by "Night in Tunisia." Nothing that unusual occurs in any of the performances but the playing is up-to-par and occasionally exciting. 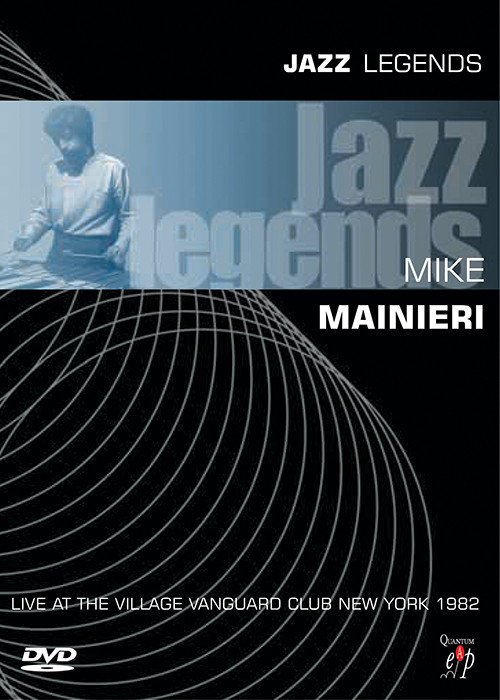 About: Renowned jazz vibraphonist Mike Mainieri of the band Steps Ahead performs a concert in this release from Music Video Distributors. Jazz Legends: Mike Mainieri - Live at the Village Vanguard includes a total of three numbers by Mainieri as well as a five-song set by Richie Cole. Matthew Tobey.

About: Jazz Legends Live! is a series of live performances from contemporary jazz artists recorded all over the world in a variety of venues - intimate American jazz clubs, open air jazz festivals and concert halls throughout Europe. However, what is consistent throughout the series is the wonderful music, the quality & enthusiasm of the performing jazz legends and the appreciation of the worldwide audiences.

About: Jazz Legends Live! is a series of live performances from contemporary jazz artists recorded all over the world in a variety of venues - intimate American jazz clubs, open air jazz festivals and concert halls throughout Europe. However, what is consistent throughout the series is the wonderful music, the quality & enthusiasm of the performing jazz legends and the appreciation of the worldwide audiences. Carmen McRae, Monte Alexander, Ben Sidran, Frank Morgan, Charlie Byrd

About: Jazz Legends Live! is a series of live performances from contemporary jazz artists recorded all over the world in a variety of venues - intimate American jazz clubs, open air jazz festivals and concert halls throughout Europe. However, what is consistent throughout the series is the wonderful music, the quality & enthusiasm of the performing jazz legends and the appreciation of the worldwide audiences. 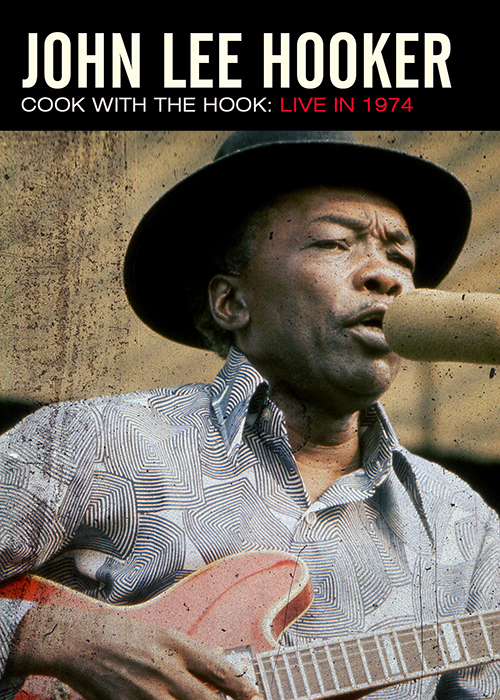 About: On Saturday, July 6, 1974, Mississippi-Delta bluesman John Lee Hooker was one of the star attractions at an all-day festival attended by 6,000 people. The event in the town of Gardner Massachusetts was called ""Down in the Dumps"" perhaps the first in what was proposed as a series of musical events to be held in the city landfill area. Luckily, very luckily, Hooker's performance was captured on a three camera shoot and broadcast on cable television in local cities and towns. 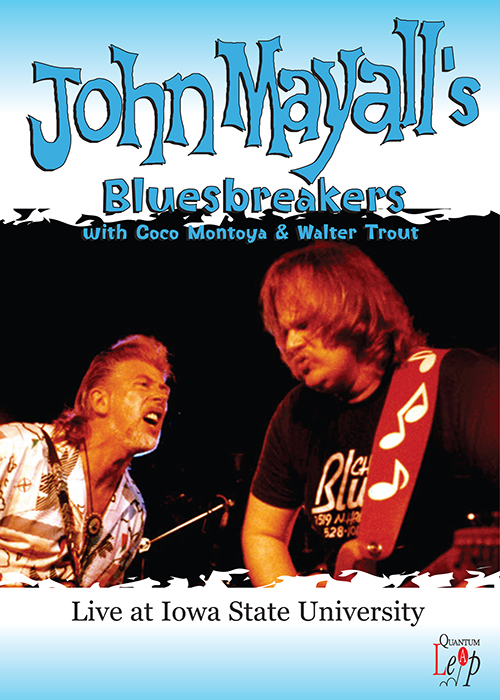 About: British blues legend John Mayall has been leading one version or another of his influential Bluesbreakers band for over 40 years now. The 1980s Bluesbreakers version may well represent the band's best incarnation since Mayall made stars of guitarists Eric Clapton and Peter Green at the dawn of the '60s. Featuring twin guitarists Walter Trout and Coco Montoya, the line-up recorded two albums: 1985's Behind The Iron Curtain, a live recording of a show in Hungary, and 1988's studio effort, Chicago Line. On September 2, 2008 Music Video Distributors will be releasing Mayall's 'Live At Iowa State University' DVD, the disc capturing a rare 1987 performance by the Bluesbreakers with Trout and Montoya at the forefront. Clocking in at nearly an hour-and-a-half, Live At Iowa State University features nine extended songs, including Mayall's signature cover versions of Mose Allison's "Parchman Farm" and Little Walter's "It Ain't Right" along with time-tested originals like "Rolling With The Blues" and "One Life To Live." With these two fiery guitarists leading the fray, this is a performance DVD that you'll want to witness for yourself. 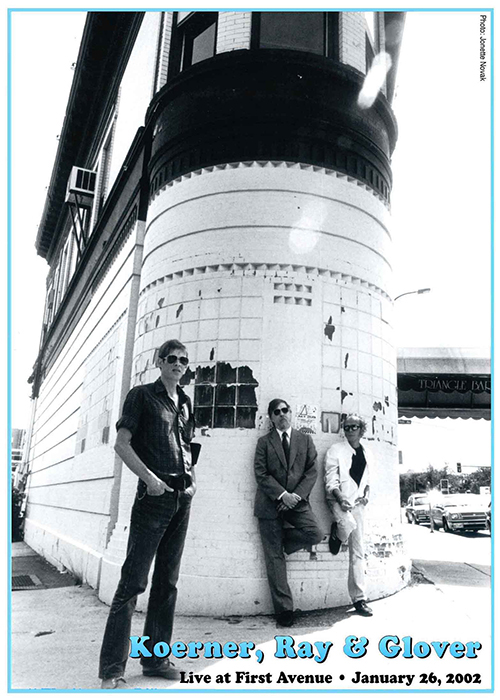 About: In today's climate of a blues band seemingly on every corner with "the next Stevie Ray Vaughan" being touted every other minute, it's hard to imagine a time when being a white blues singer was considered kind of a novelty. But in those heady times of the early '60s and the folk and blues revival, that's exactly how it was. But into this milieu came three young men who knew it, understood it, and could play and sing it; their names were Koerner, Ray & Glover. They were folkies, to be sure, but the three of them did a lot -- both together and separately -- to bring the blues to a white audience and in many ways, set certain things in place that have become standards of the Caucasian presentation of the music over the years. The three of them were college students attending the University of Minnesota, immediately drawn together by their common interests in the music and by the close-knit folk community that existed back then. 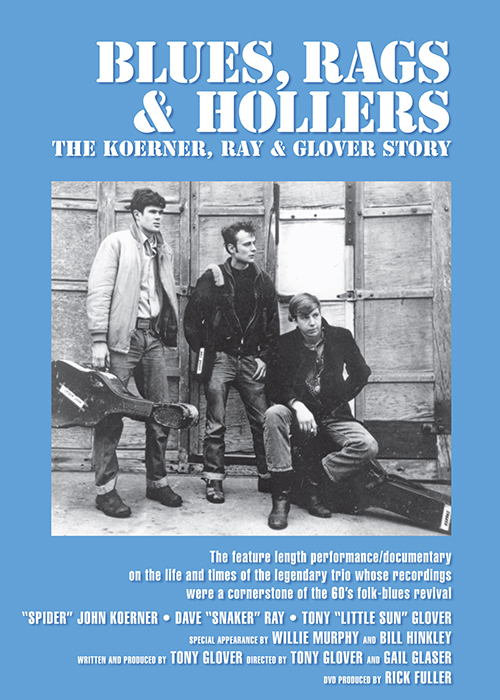 About: The first album of the country blues trio from Minneapolis, Minnesota, had Tony "Little Sun" Glover on harmonica, "Spider" John Koerner on guitar and vocals, and Dave "Snaker" Ray on guitar and vocals. Koerner, Ray & Glover were part of the revival of folk music and blues in the 1960s. In his piece for No Depression magazine, author Joel Roberts stated, "Like Bob Dylan, their Minnesota pal and fellow early ’60s folk-blues enthusiast, they combined a deep knowledge of the blues idiom with a sense of humor and irreverence that was absent from the work of many of their much-too-serious contemporaries." Speaking of the trio's experience playing the music of Lead Belly, Blind Lemon Jefferson and other black blues musicians, Koerner later related, "I don’t understand the psychology of it, but somehow we decided to imitate these guys down to the note. And we decided to go out and drink and party, and chase women just like they did in the songs and all kind of shit. And when I look at it now, it seems weird to tell you the truth." Despite recording, performing and being billed as a trio, the three play together only on the opening track, "Linin' Track". Of the other tracks, two feature Ray and Glover, one features Koerner and Glover, and the rest are solo performances. Blues, Rags and Hollers was recorded in Milwaukee during a one-day session 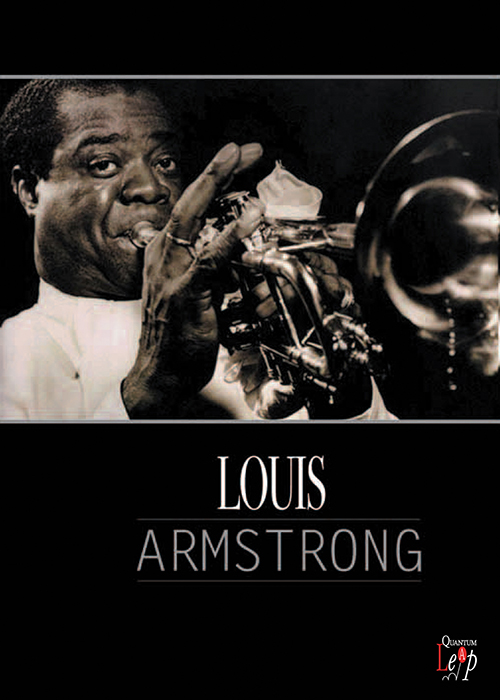 About: If there is a mythical father of jazz as we know it, then trumpeter, singer, bandleader, Louis (Pops; Satchmo; Dippermouth; Satch; Dipper; Papa Dip) Armstrong best fits the description. Though he was not the first jazz trumpet player, others such as his own mentor Joe "King" Oliver preceded him in that regard, Louis is the most influential jazz trumpeter of all-time. His trumpet virtuosity was peerless and he set the tone early on for all jazz trumpet players who followed, regardless of their stylistic proclivities. The trumpet is a signature instrument in jazz largely because of Louis Armstrong. The instrument's lineage as a powerful jazz clarion, stretching forward from Louis to Bix Beiderbecke, Roy Eldridge, Dizzy Gillespie, Fats Navarro, Miles Davis, Clifford Brown, Lee Morgan, Freddie Hubbard, Don Cherry, Woody Shaw, Jon Faddis, Wynton Marsalis, Roy Hargrove, and Nicholas Payton got its wings from Armstrong's example. As Miles Davis was heard to say, there ought to be a time when every jazz musician kneels down and says a prayer of thanks for Louis Armstrong.